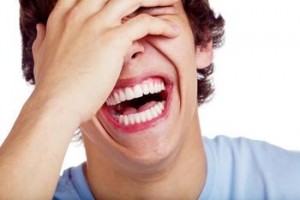 It’s hard to laugh when you are stressed out. I mean, who the heck wants to laugh when you are running late, the kids aren’t dressed for school, you forgot to drink the ambrosia that is coffee that you made an hour ago before your littlest one started crying and you look down at your shoes to realize that there is a wet, stinky hairball in them. Again. Yeah, life is tough, especially at 7:30am on the way out the door. You certainly don’t want to laugh. You would rather just crawl back under the covers and try again- or better yet, just sleep through it all.

However, laughter has been shown to be a formidable opponent to stress. It increases the blood flow, relieves tension and the chemicals produced during a good guffaw actually sticks around for a while and calms your brain. It is also instrumental in beating back anxiety, depression and anger. So, it’s great, right? Like, who doesn’t want to feel good? It’s not like you are stressing because you actually want to.

So, how do you do it? How do you make yourself laugh? There are actually 2 different ways to try. One is external, the other is internal. If you were to try externally, you are hoping that an external force will make you laugh. A website, a joke or your family. Here are some websites I enjoy when I need to relax, laugh and decompress:

Internally, try relaxing your mind. Find that place that you like to drive to that is just too far away right now, but you know when you get there it will be an amazing experience. Think about this place and go there in your mind. After relaxing for a few minutes, start to think of the last time you laughed, something that you weren’t expecting and replay this over in your head. The remembered experience will help induce a short laugh, which will hopefully kickstart a good mood.

And if all else fails, here’s a joke to get you started:

How many therapists does it take to screw in a lightbulb?

One, but the bulb has to want to change. 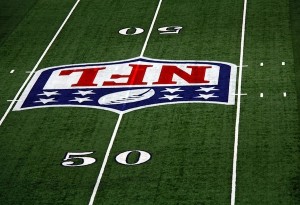 Effects of Superbowl on Your Mental Health

For those of you not in the know, the New England Patriots won the Super Bowl of 2015. Just as an FYI, I had to look up who the Patriots played for, how to spell Super Bowl and I gave up trying to find the correct Roman numeral for this year’s Super Bowl. I like watching it, but as you’ve probably guessed, Football is not my thing. However, I find the psychology behind the Super Bowl fascinating. Two teams, winning two divisions, get together and try to win a single game and this is supposed to be the end-all be-all decision on the best team of the season. Because it is a single game (as opposed to many, such as with baseball), there is a lot of stress and anticipation for this single game. Fans feel emotionally invested and can become focused on this, at the exclusion of a lot of other priorities in their lives. Per the article, “Some fans, especially when it comes to their involvement in fantasy sports, can be very distracted and emotionally unavailable,” said Farah Hussain Baig, LCSW psychotherapist and owner at InnerVoice Psychotherapy & Consultation in Chicago.

How do we prioritize when we are met with the culmination of our passion or fandom? The answer is, often we don’t. I’ll be honest, my mini-passion is Zelda. And I have no doubt that when the new one comes out this year, I will set aside 4 days and will be playing the game until I have defeated Ganon.

So, how can I, as a responsible therapist, admit and endorse this idea?? Well, I know it’s coming. I know the release date. I know that during, I will be frustrated and anxious to get back to playing, and for me, that’s part of the fun. So I prepare. I will schedule my time, I will have everything set up. My husband will be on Daddy-duty (and in exchange, I will be on Mommy-duty for his bit of fun). I will schedule it around my job so I have the time available. I will do all the grocery shopping ahead of time, pay all the bills and I will make sure that my higher priorities are taken care of to devote my time to my mini-passion.

Several of my friends lived for the game today, to the exclusion of all else. Some handled it better than others, and after watching, I realized that those who prepared were better able to enjoy as they had no other responsibilities to think about. They were also the ones who were able to enjoy the game, regardless of who won (although, there was massive disappointment all around during the last fumble… but who wouldn’t be disappointed with that interception?).

Practicing responsible fandom- it’s the way to keep your hobby or passion strong in the healthiest manner possible. 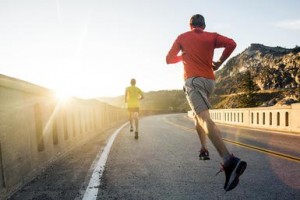 Recently, there was an article on reaching your goals. It was an interesting idea. The summary is this: When you are running, jogging or bicycling and you focus on a building far away, it actually appears as if it is much closer. Your body naturally sets a rhythm that will help you reach your goal faster and more efficiently. That is fascinating to me! It is a way that psychology works to increase the body’s potential and abilities.

I wonder if we can apply this to our lives: When we focus on long distance goals, we are better able to achieve them. For example, someone who is unemployed should focus on the long distance goal of career employment (not just a “job” paying the bills). When they do this, it becomes easier to find and complete the steps necessary to reach their goals. the big caveat to this, and it is a BIG one, is that once that goal is fixed in your mind, don’t let it overwhelm you. Start planning the series of steps necessary to reach your goal. Make those steps flexible, because things come up. Things *always* come up. Make the list, post it on your fridge, on your phone or on your desk, but post it somewhere, then work on the first step. Don’t look at the rest of the steps, just focus on that one. Also, to make sure that you utilizing psychology to help forward your goals, post a picture representation of your goal and remember, you can do it!