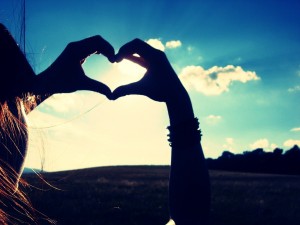 When I was a little girl, my dad came home with a dozen roses for my mom. It was Valentine’s Day and they were the most beautiful flowers I’d ever seen. He was holding the bouquet with both hands, and as he separated his hands, I saw that there, nestled in a small, cobalt blue vase, was the most beautiful rose I’ve ever seen. He handed it to me and asked if I would be his Valentine, too. At that moment, I couldn’t imagine a man as wonderful as my dad, and it was a wonderful feeling, being my dad’s Valentine. Of course, that would change as I grew up and found (and married) my own Valentine. But that day, that moment, cemented my love for the holiday.

I know, I know, it’s become a bit commercial. However, the day itself has an interesting background and it’s current meaning, while seeming lost in cards, chocolate, flowers and date nights at expensive restaurants with even more expensive cocktails, is about sharing a special day with the ones you love most in the world. Apparently, there was a St. Valentine. He married soldiers in the Roman Army (who weren’t allowed to get married so that they could be sent far away without leaving families behind) and ministered to enemies of the Roman Empire. He was arrested and then executed for his crimes against the Roman Empire. There’s a myth that states he healed the daughter of his jailor. When he wrote his goodbyes, he wrote a letter to her and apparently signed it as “Your Valentine” and thus the romanticism of Valentine.

I like the idea of Valentine’s Day not just being about your significant other, but also about your family. You tell your kids every day that you love them, but reminding them in a special way will help cement this in their minds (even if they don’t seem to appreciate it at the moment). It could be as simple as a special dinner, a card or a flower. So this Valentine’s Day, expand the day to include your whole family and while dinner out without the kids would certainly be wonderful (and appropriate) don’t forget to give a few special moments to the rest of your family.

And by the way, I still have that little cobalt vase.